We are really pleased for our Marketing Manager Roger Taylor who this weekend became the England Athletics Running Club Leader of the year 2022. 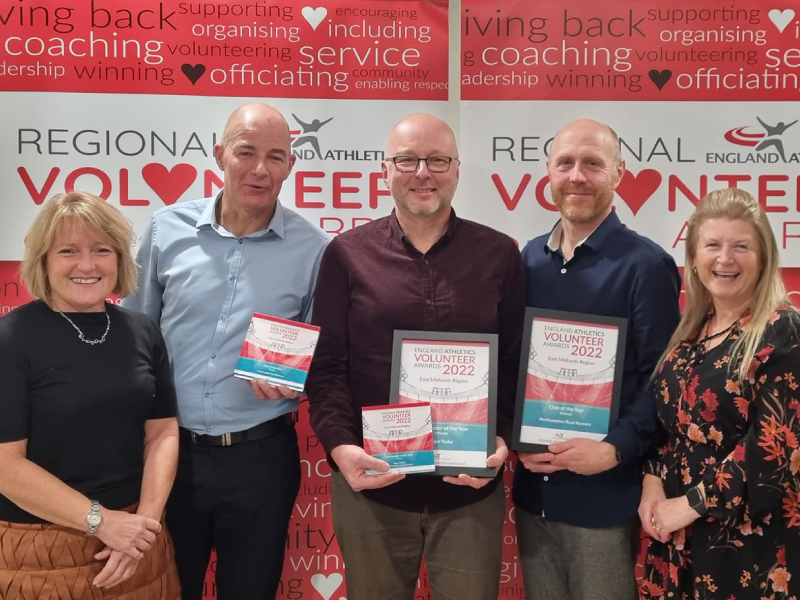 Roger has been Chairperson of Northampton Road Runners since lockdown began. This award has been made in recognition of Rogers efforts to encourage runners of all abilities to take up and enjoy the sport.

In addition to this personal award, the club also received the England Athletics Club of the Year award.

"Our first job was to keep the club alive through lockdown, then we made lots of changes including welcoming beginners and 5k runners, relocating to the University of Northampton, and negotiating discounts to encourage mass participation of events" says Roger. "We have almost doubled the size of the club since we began".

These awards covered the East Midlands and some surrounding counties. Roger and his club have now been put forward for the whole of England award.